How are ratings calculated?

Ratings are calculated using Evan Miller's method (based on a Wilson score confidence interval) that is self-correcting. This means that the % of positive ratings & number of ratings decide a mods position on the top charts. The benefit of this approach is a mod with 2 positive ratings will not outrank one with 10 positive ratings but 2 negative. Nor will a mod with tons of rankings outrank everything unless most of the ratings are positive.

This is the first version of my Tower Defense mod. [original thread]

Basically a Tower Defense is a game where waves of enemies walk into your base, and you have to build and upgrade towers to protect it from these invaders. In the case of this mod, I included two maps, one for 1 player and another for 2 players. The map for two player can only be played in multiplayer, as the AI cannot play this map.

The goal of the game is to protect your base against the invaders by building towers. The one who survives longer wins. The strategy consists of choosing the best positioning and the best types of towers. As you upgrade your towers, there will be choices to be made between different types of specializations.

As you kill the enemy waves, you gain loot. With these resources you can trade in the market and build towers/upgrade.

Some Questions for you:

Should I include this in the Community Maps mod? Or is it better to have it as an independent mod?

The mod include some new templates for the towers, but it does not change any template that is used in the game. So you can use this mod without affecting any other map.

Want to make another map in this mod?

It should be quite simple. If you open Atlas using the mod, you can place the structures and units of the mod, search for "tdef" (the "fake civ" that has all the new units. It is a fake civ because you cannot choose it in game, it is by default in the Tower Defense maps).

If you don't want to mess with scripts, it should still be easy to make a map using the mod. Just include this in your map (in the ScriptSettings part of the XML):

Then you just have to place the Wonder (tdef_wonder), which is the only "Conquest Critical" object (that is, if it is destroyed you lose), some workers (tdef_pawn), and the trigger_point_A and trigger_point_B (these are the places where the waves will spawn: A goes for player 1 and B goes for player 2). The workaround I used for the singleplayer map is to place a super OP tower for player 2 that kills all enemies instantly. You can use it in your map too: tdef_tower_ultimate.

I still want to improve it before sending to mod.io. Your feedback is welcome.

One thing I wanted to do was to include an option to heal some life of your Wonder, costing some food, as this resource is not used much in the map.

(and let me know how many waves you can survive.)

This is your base, you have to protect it. The enemies will come through the road. 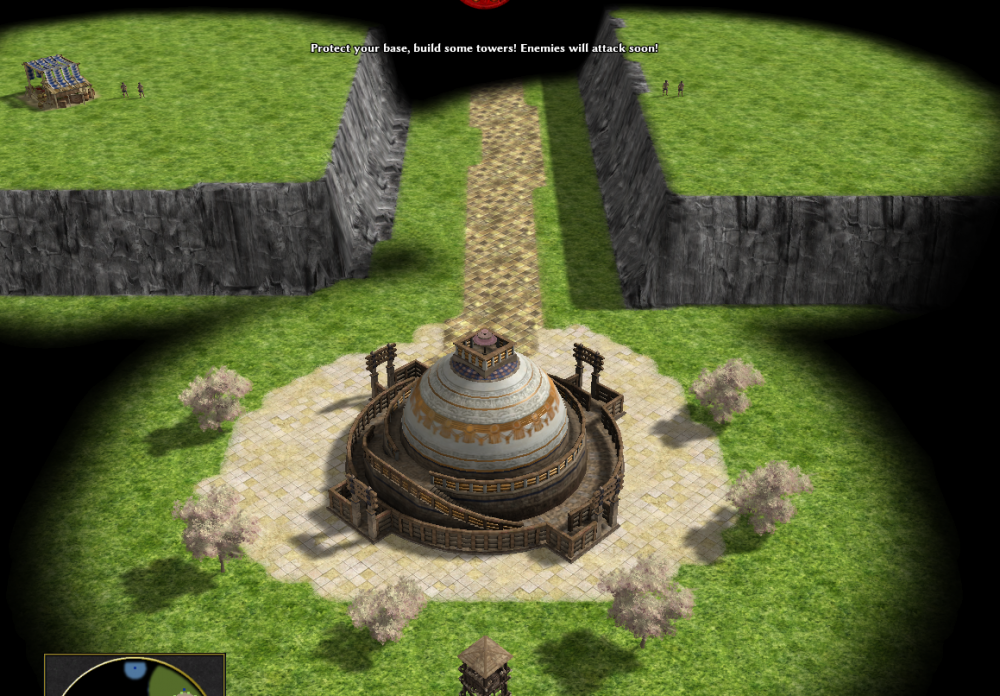 These are your workers. Their function here is just to build towers. 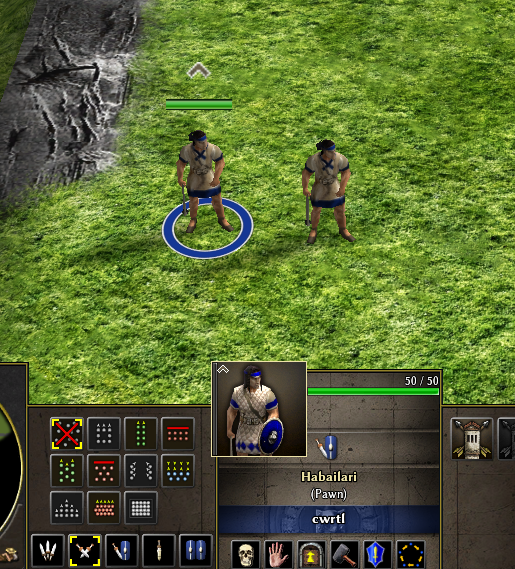 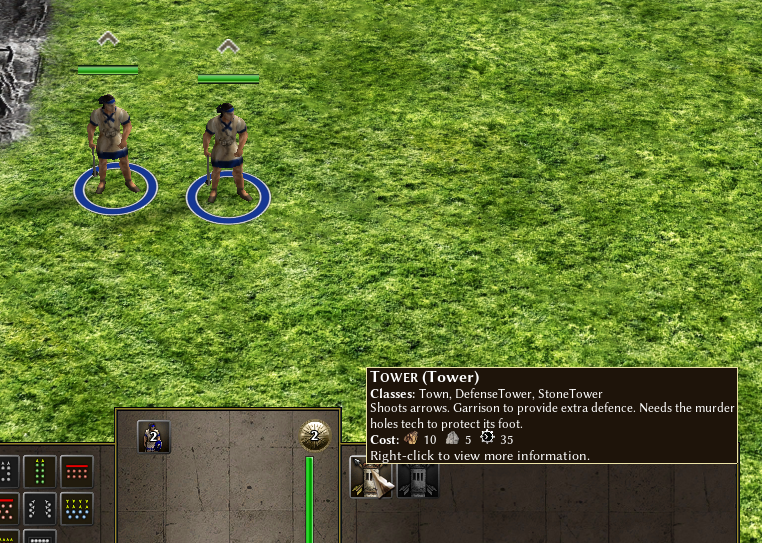 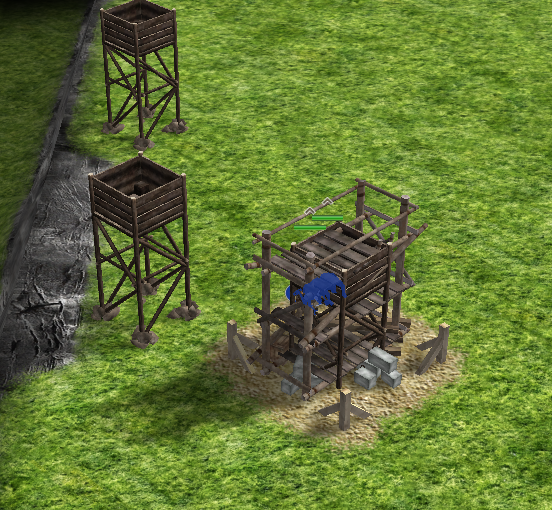 Of course, the towers can be upgraded. As you upgrade, you will see that sometimes there are different options to be chosen. Some towers are better against certain unit types. 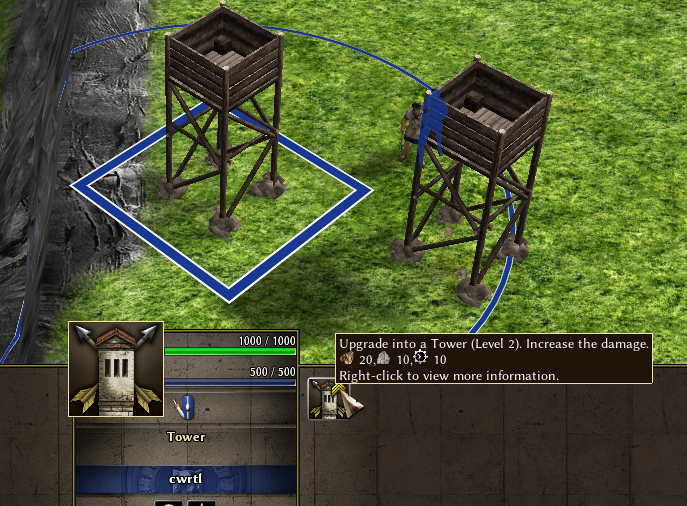 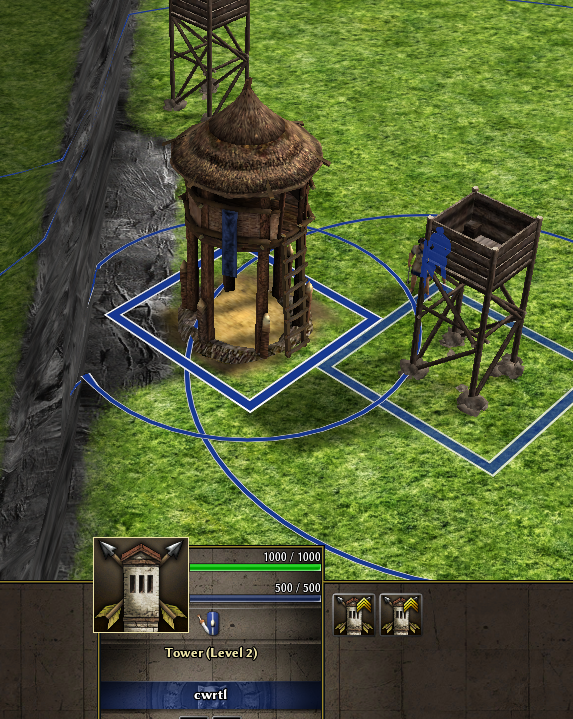 Also, you have a market. It allows you to unlock things, and also to trade the resources that you gain by killing your invaders. 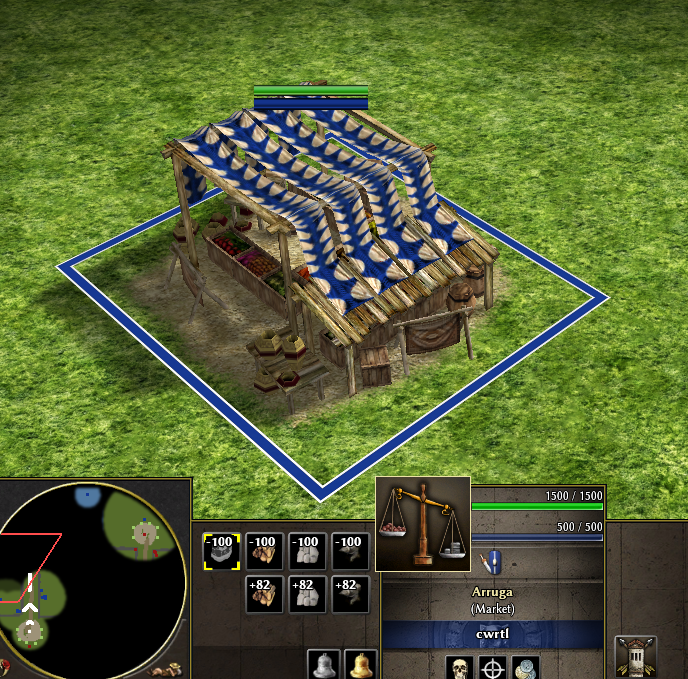 Peaceful, until a wave comes: 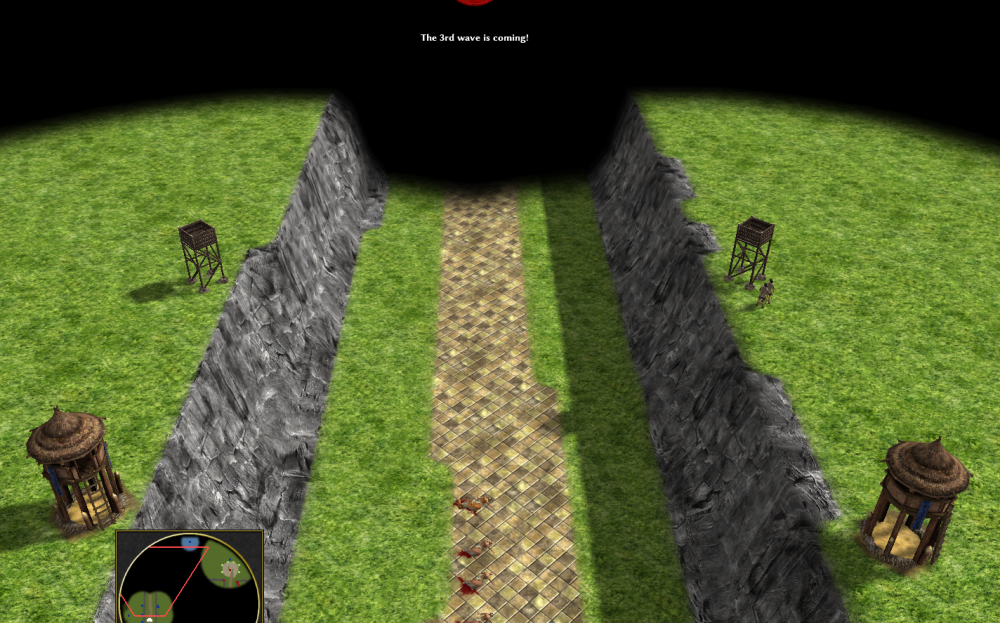 This is how it looks in the beginning: 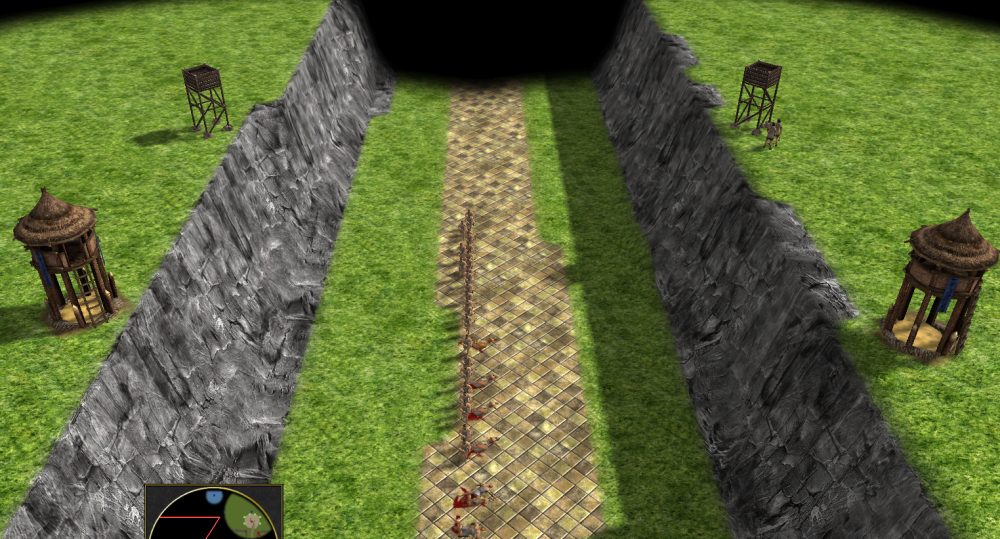 No mods were found matching the criteria specified. We suggest you try the mod list with no filter applied, to browse all available. Join now to share your own content, we welcome creators and consumers alike and look forward to your comments.

No comment were found matching the criteria specified. We suggest you try the comment list with no filter applied, to browse all available. Join now to participate.